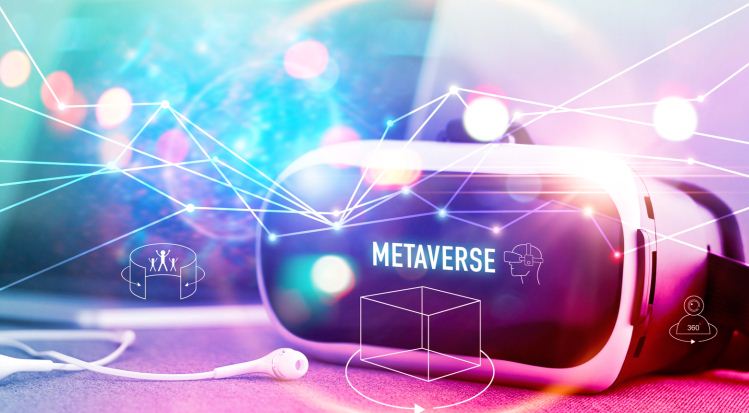 Following the corporate name change of Facebook to Meta Platforms Inc not too long ago, the real implications of the Metaverse have come to the fore. It is nowadays regarded as the next great frontier in the world of technology and is also being called the next logical evolution for the internet.

Bloomberg has estimated that it is an industry that could eventually grow into an $800 billion one and hence, it may be a good move for investors to perhaps take a look at certain companies which are venturing into this space.

Walt Disney Co (NYSE:DIS): The behemoth, which is involved in almost all aspects of entertainment, is also well known for moving swiftly into new technology which can help it in its business. Hence, it is perhaps no surprise that the Walt Disney Company is looking to move into the Metaverse space in a big way. In fact, it has also emerged that the company is also looking to get into the NFT or non-fungible space as well.

In fact, earlier on in the month, it emerged that Disney had in fact made a post with regards to a job opening in the NFT space. The company seems to have realized that NFT is a growing market and the job profile is for a professional who is going to lead the company’s efforts in that particular space. NFTs could have considerable applications in the entertainment industry and the Metaverse.

Net Savings Link Inc (OTCMKTS:NSAV): The next one to look into from among Metaverse stocks at this point is that of Net Savings Link. The company is involved in the cryptocurrency, blockchain, and digital assets technology space, but it is now making a move into the Metaverse.

Earlier this year on January 24, 2022 the company announced that the Metaverse Share Swap Token was going to conduct with Metaverse Network on a 50-50 basis. In addition to that, it was also noted that following the operation, the token was going to have a fully diluted market cap to the tune of as much as $380 million. This marked a major move for the company as it was perhaps the first formal move of Net Savings into the Metaverse. The company could be particularly well equipped to thrive in the space considering its significant experience in the blockchain and cryptocurrency industry.

Graystone Company Inc (OTCMKTS:GYST): Nowadays a number of companies are moving into the metaverse and the latest to do so is Graystone Company Inc. Yesterday, the company made a major announcement that could be of interest for any investors who may be looking into companies in this particular sector. Graystone announced that it had decided to expand its offerings by making a move into the real estate development space in the Metaverse.

The company announced that it had floated a new corporation division and allocated a budget for the purpose of acquiring parcels of real estate on the metaverse from the virtual platform Decentraland 3D. It goes without saying that it is one of the more important moves from the company in recent times and it is going to be interesting to see how the market reacts to this move in the coming days.

Marketing Worldwide Corp  (OTCMKTS:MWWC): Last but certainly not least, it is the Marketing Worldwide Corp stock which could be worth tracking at this point in time by investors who may be interested in the Metaverse space. Earlier on in the week, the company had come into sharp focus after it announced that the $MNS token named #Minosis had in fact been deployed on the Testnet.