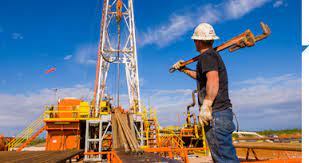 The company, through its wholly-owned subsidiary Minosis and crypto trading platform, said that the last 4 months saw enlisting of developers, web designers as well as marketing agents for deploying functioning crypto mining platforms.

Minosis is doing a BETA V.4 release and is ready for its debut on a global scale.  Jason Schlenk, $MWWC CEO said that some set-back and SSL triggers made the company bolster the safety and security of users.

The test phases witnessed several users signing up and limited access is given to subscribers for initiating the firm’s feedback protocol, resulting in significant success.  User response facilitated eliminating latency and lagging issues during the mining including small glitches that may have gone undetected by developers.

In the last month and a half, there have been the addition of 1,000 users to Minosis V.4 platform and the system seems to be handling it well.  Jason Schlenk said that there was a time when it was getting attacked by bots at a speed of 110 hits per second. Schlenk added that the website is maintaining integrity and users aren’t able to see the issues being faced as they are addressed quickly.

Currently being checked for flaws by outside audit firm for another time- the #Minosis platform, will take some more weeks for completion and the results will be shared with the $MWWC Community. Marketing Worldwide Corporation has retained BlockchainXfor building smart contracts as well as an ecosystem for the fresh Minosis Token. The token would be having deflationary utility meaning the circulating supply will reduce over time for augmenting the value of holders.

$MNS would be released on Binance Smart Chain offering lower gas fees as well as accessibility.  The $MNS project would be having multiple announcements in some weeks about “tokenomics”, “website launch”, “whitepaper”, “marketing features” as well as “rewards features”.