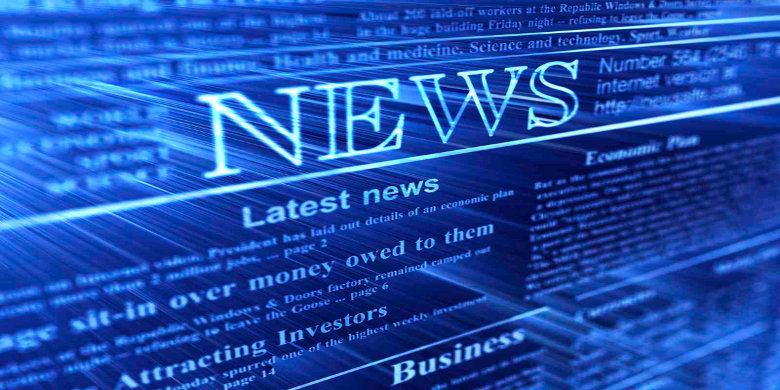 One of the common attributes that you will often come across in successful investors is that they are never behind the curve when it comes to news about the market.

Any piece of information about a company that might move the price is at their fingertips and if there is a move in any stock then they are almost certainly aware of it as well. This morning there have been fresh developments with regards to a number of stocks, which have, in turn, moved upwards. This article looks at five of those stocks which are making the news today.

This morning the GBT Technologies Inc stock has come into focus among investors in a big way and that can be gauged from the sort of gains it has managed to clock this morning. The stock managed to clock gains of as much as 36.36% so far and that too is on the back of the surging trading volume. In order to get to the bottom of the reason behind the rally in the GBT Technologies stock, it may be a good idea to take a look at a key development from yesterday.

The company announced yesterday that it had finally filed a non-provisional patent application with regards to a financial software application to power an artificial intelligence-backed credit card management system. The filing had been submitted to the United States Patent and Trademark Office. The news led to the excitement about the stock this morning.

The next one that is making the news is the Entertainment Arts Research Inc stock. Yesterday, the Entertainment Arts Research stock had been one of the notable movers and had managed to clock gains of as much as 24.62% yesterday. In addition to that, it should interest investors that the trading volume had also been higher than average and that is something that ought to be taken into consideration when one considers the stock.

Yesterday, the company came into focus after it emerged that it had inked a letter of intent by way of which it seeks to complete the acquisition of the Railway City Brewing Company LTD. The company operates a craft brewery and is situated in St Thomas in Ontario, Canada.

Real estate development and advisory services company Tiderock Companies was one of the companies to have come on to the radars of investors in a big way on Tuesday. The Tiderock Companies stock not only clocked strong trading volumes but also managed to end up with gains of as much as 17.19% yesterday.

Yesterday, the company actually made a key announcement that led to the rally. Tiderock Companies announced yesterday that it was going to have a forward split of its shares. In that scenario, it would issue as many as four new common shares in the company for each old share of Tiderock that is held by investors. In this regard, it is perhaps also necessary to keep in mind that the market value of the shares was going to stay unchanged.

This was another stock that managed to make a strong move yesterday and ended up with gains of as much as 17.07%. In addition to that, like many of the other stocks, on the list, the Halberd stock had also experienced a significant rise in volume during the trading day. In light of such a strong move, it may be a good time to look into the development from yesterday and then make their minds up about the stock one way or another.

Halberd announced yesterday that it had managed to demonstrate that it had the ability to control and reduce the level of one element in a heterogeneous mixture selectively. The mixture in question has to be made up of two elements. The whole thing had been accomplished by deploying the extracorporeal laser exposure process that the company owns. At this point in time, it will be interesting to see if the stock can actually hold on to its momentum and manage to add to its gains through the rest of the week.

Last but not the least, the Artificial Intelligence Technology Solutions stock could be the one that could be watched by investors this year. The company has made considerable progress in recent times and yesterday, it made another key announcement with regards to its fully owned subsidiary company Robotic Assistance Devices.

It was announced yesterday that Robotic Assistance signed up a new authorized dealer in the form of SekurCorp. In addition to that, it received an AVA order already.